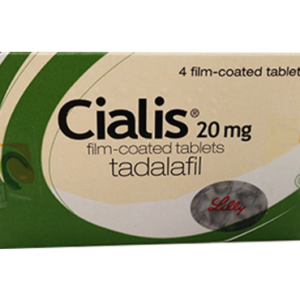 What is erectile dysfunction, and which are the risk factors?

Erectile dysfunction represents the persistent inability to attain and maintain an erection sufficient to permit satisfactory sexual performance for at least 3 months. Erectile dysfunction has a significant impact on physical and psychological health of men worldwide and can also affect the quality of life of both the sufferers and their partners.

Penile erection is a complex phenomenon which involves a delicate and coordinated balance between neurological, vascular and tissue compartments. This includes arterial dilation, relaxation of the trabecular smooth muscle, and activation of the corporeal veno-occlusive mechanism.

Erectile dysfunction symptoms may appear to most men as transient, but in fact, the symptomatology is persistent. It can cause a lot of frustration if not treated. Most cases that confront with erectile dysfunction don’t admit that they have this problem and refuse to get an appointment to the sexologist.

The history of Cialis

Cialis is the brand name of tadalafil, a phosphodiesterase type 5 inhibitor used for erectile dysfunction treatment.

Research for this drug began in 1993, when the Icos, an American biotechnology company started to study a phosphodiesterase type 5 inhibitor called IC351. Phase I clinical studies were conducted in 1995 and two years later the company started the first study in patients with erectile dysfunction.

Icos and Eli Lilly and Co. tried in 1998 to market the drug for the treatment of sexual dysfunction. After two years the molecule was renamed tadalafil. It was approved in Europe in 2002 and a year later in United States. 1

Tadalafil was approved in 2009 by Food and Drug Administration (FDA) to improve exercise ability in people with pulmonary arterial hypertension, which is a rare, life-threatening lung disorder that causes high blood pressure in the lungs. 5

How do phosphodiesterase type 5 inhibitors work in the treatment of erectile dysfunction?

In the past, the treatment of erectile dysfunction was limited on vacuum-constriction devices, prosthetic implants, intracavernosal injections, and intraurethral suppositories due to poor understanding of the physiological mechanism of erection. 7

The development of the phosphodiesterase type 5 inhibitors represented a key point in the management of Erectile dysfunction and they have become the first line therapy, recommended by both European Association of Urology (EAU) and American Urological Association (AUA). 7

Nitric oxide (NO) released from nerve terminals and endothelial cells in the corpus cavernosum during sexual arousal has the role to activate guanylate cyclase. Further, guanylate cyclase converts guanosine triphosphate (GTP) into cyclic guanosine monophosphate(cGMP). Cyclic GMP activates a cGMP-dependent protein kinase (PKG). Accumulation of cGMP and its interactions with protein kinase lead reduced calcium levels and finally to the relaxation of arterial and trabecular smoothmuscle. Following this process, it results arterial dilatation, venous constriction, and the rigidity of penile erection. 7,8

After oral administration, Cialis is easily absorbed and the maximum plasma concentration (Cmax) is achieved after 2 hours. Its absorption is not influenced by food.

Cialis is distributed into tissues and at therapeutic concentrations; it is bound to plasma proteins in proportion of 94%.

Due to its terminal half-life of 17.5 hours, Cialis could be effective for a long period of time.

The adverse reactions are generally mild in nature and self-limited by continuous use.

The most common side effects of Cialis are: headache, indigestion, back pain, muscle aches, flushing, and stuffy or runny nose.

Stop using the drug and call immediately your healthcare professional if you experience any of the following side effects:

–    priapism, an erection that last more than 4 hours

–   sudden loss of vision in one or both eyes, which could be a sign of non-arthritic anterior ischemic optic neuropathy (NAION)

Rare side effects (reported in 1 to 10 in every 1000 patients) that have been reported are: fainting, seizures and passing memory loss, swelling of the eyelids, red eyes, sudden decrease or loss of hearing, itchy red welts on the surface of the skin, penile bleeding, presence of blood in semen and increased sweating.

Which drugs could influence the action of Cialis?

How should you take Cialis?

You should take Cialis for daily use once daily, without regard to timing of sexual activity. The indicated dose is 2.5 mg, but it can be increased to 5 mg based upon the efficacy and tolerability.

In the treatment of benign prostatic hyperplasia, the recommended dose of Cialis is 5 mg, taken at approximately the same time every day for up to 26 weeks associated with finasteride.

Facts that you should take in consideration before taking Cialis

Do not take Cialis if you have serious hypersensitivity to Tadalafil or if you are treated with nitrates or riociguat.

Cialis can be indicated for you but cannot be the right treatment for everyone.

Before taking Cialis, tell your doctor or your pharmacist if you suffer or ever suffered of:

In rare instances, men taking tablets for the treatment of erectile dysfunction, including Cialis, reported a sudden decrease or loss of vision or hearing (sometimes with ringing in the ears and dizziness). It’s not possible to determine if these events are related directly to the Erectile Dysfunction tablets or to other factors.

If you have a sudden decrease or loss of vision or hearing, stop taking any tadalafil product, including Cialis and call a healthcare provider right away.

Call your healthcare provider at phone number 0161 707 6800 if you get any side effect that bothers you or one that does not go away.

Compared with other phosphodiesterase type 5 (PDE5) inhibitors like Sildenafil (Viagra) or Vardenafil (Levitra), Cialis has the advantage of a longer half-life that provides a therapeutic window of 36 hours, hence the name of the ”weekend pill”.

Due to its effectiveness that lasts up to 36 hours, Cialis could offer nearly continuous coverage when taken on a regular basis, allowing patients and their partners to choose freely when to have sexual activities without the need of timing it.

The patients were randomized to placebo or 2.5, 10, 20, or 40 mg orally once daily. The assessed outcomes were: change from baseline to week 16 in the distance walked in 6 minutes, organization functional class, clinical worsening, and health-related quality of life.

The results showed that Tadalafil 40 mg was well tolerated and improved exercise capacity and quality of life measures and reduced clinical worsening. 10

Another clinical trial was performed to evaluate the effect of combination therapy with ambrisentan and tadalafil on left and right ventricular function in patients diagnosed with systemic sclerosis associated pulmonary arterial hypertension. The study was open-label, 36 weeks long and 25 patients were enrolled. Left and right ventricular functions were assessed by cardiac magnetic resonance. According to the results, the combination therapy was associated with a significant improvement of the ventricular parameters. 12

A randomized clinical trial performed from April 2015 to June 2016 at the Shahid Chamran Hospital of Isfahan, Iran evaluated the therapeutic and side effects of tadalafil compared with sildenafil after surgery in young infants with pulmonary arterial hypertension. Forty-two patients aged between 3 and 24 months with a large septal defect and pulmonary arterial hypertension were enrolled in the study and divided into 2 equal groups. First group received oral sildenafil (1–3 mg/kg/day every 8 hours), and the second group received oral tadalafil (1 mg/kg once a day) from 7–10 days before surgery to 3–4 weeks after surgery. The drugs were administrated through a nasogastric tube in both groups. The results of the study showed that tadalafil can be considered as a safe oral therapy for preoperative and postoperative management of pulmonary arterial hypertension in young infants. In addition, due to its long half-life, tadalafil can be used once daily, compared with sildenafil with three to four times daily doses, and with an appropriate safety profile. 14

What if I experience a problem?

Resolve your problem with an online order

First, get rid of stress, tiredness and anxiety.

Then, just click here to start your order for Cialis today

You will need to fill in a short medical questionnaire before you can be issued this medication.