Vasectomy, called also male sterilisation represents a simple surgical procedure performed by a doctor in order to cut or seal the tubes that carry a man’s sperm.

The procedure takes about 15 minutes and it is usually carried out under local anaesthetic, where the patient is awake, but he does not feel pain.

Vasectomy is a permanent form of contraception and is now one of the most popular forms of family planning in the world.

Getting a vasectomy should be a very important decision in your life. You should only get a vasectomy if you’re 100% positive you do not want to be able to get someone pregnant for the rest of your life.

In the United Kingdom, at the beginning of the 21st century, the National Health Service carried out nearly 40,000 vasectomies a year. But now this has dropped to about 15,000. 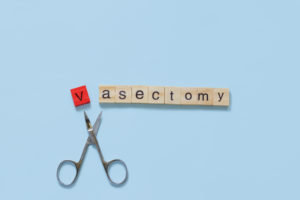 How does vasectomy work?

The term “vasectomy” comes from the name of the tubes in your scrotum that are blocked during the procedure: vas deferens.

Vasectomy works by stopping sperm from getting into a man’s semen, the fluid that he ejaculates. Sperm, the microscopic cells that join up with an egg to cause pregnancy, are made in your testicles. Sperm leaves the testicles through two tubes called the vas deferens and mixes with other fluids to make semen. The sperm in your semen can cause pregnancy if it gets into a vagina.

Vasectomy has the role to block or cut each vas deferens tube, keeping sperm out of your semen. Sperm cells stay in your testicles and are absorbed by your body.

Three months after the procedure, your semen will not contain any sperm, so it cannot cause pregnancy. This means that when a man ejaculates, the semen has no sperm in it and a woman’s egg can’t be fertilised.

After a vasectomy, the way of having an orgasm or ejaculating will not change.

Scalpel vasectomy, also known as traditional vasectomy or conventional vasectomy is an outpatient procedure that is usually performed by a doctor’s office or in a clinic under local anaesthesia. Also, you may be offered a mild sedative about 30 to 60 minutes before the procedure.

After you are lying on the table and the anaesthetic has been administered, the surgeon uses a scalpel to make one or two tiny incisions in the scrotum to expose the vas deferens tubes from each testicle. Each vas deferens is lifted from the scrotum, cut, and a portion is removed. The vas ends are tied, cauterized, or closed using clips. A few stitches are used to close the incisions, and the vasectomy is complete, taking about 15 to 30 minutes, depending on how the surgeon has closed the vas deferens.

After local anaesthesia, the doctor makes a tiny puncture hole in the skin of your scrotum to reach the tubes. This means that the doctor does not need to cut the skin with a scalpel.

The tubes are then closed in the same way as a conventional vasectomy, either by being tied or sealed.

There is little bleeding and no stitches with this procedure. It is thought to be less painful and less likely to cause complications than a conventional vasectomy.

Does vasectomy affect your erectile function?

Probably, you have already wondered if impotence can occur after performing a vasectomy.

Well, you should know that the risk for impotency from this procedure is extremely rare. Moreover, according to the International Federation of Gynaecology and Obstetrics (FIGO), some men reported better sex lives after vasectomy.

During a vasectomy, the doctor will tie your vas deferens, the duct that carries the sperm that mixes with the ejaculate. This procedure will not affect your erection and your ability to climax. Erections and climax involve:

The vans deferens only affects the sperm, which the body will continue to make. Since sperm is common with other cell types, your body will absorb them naturally.

A vasectomy has no effect on the hormones, bodily processes, or penile structures that affect your ability to get an erection. If you did not have any trouble getting an erection before your vasectomy, you shouldn’t have any issues afterwards.

After three months, you will need to revisit the doctor’s office to test for the presence of semen.

If you could ejaculate before your vasectomy, you will ejaculate after the procedure too.

Ejaculatory fluid, semen, is made in the prostate and the seminal vesicles, which are not cut during a vasectomy. The amount of fluid that comes out of the testicle with sperm is less than 1% of the overall ejaculate volume.  The muscle contractions that force fluid out during ejaculation come from the pelvis and, again, are not affected by vasectomy. The only thing that really changes about your semen after a vasectomy is that it no longer contains sperm. Sperm only accounts for 2% to 5% of the volume of a man’s ejaculate, so you are not going notice a difference once it is gone. In fact, it is probably safe to assume your ejaculations naturally varied that much based on fluid intake, diet, etc.

Your ejaculations should not be painful after a vasectomy. However, an ejaculation involves several strong muscle contractions in the genital area, which means having an orgasm could be uncomfortable if the patient is still experiencing swelling, bruising, or tenderness. Therefore, doctors often recommend waiting a week or more before resuming sexual activity.

Before vasectomy. How to prepare for the procedure

Before vasectomy, your doctor will ask about your circumstances and he will provide you with information and counselling before agreeing with the procedure.

The following facts should be taken into consideration before performing the vasectomy:

After a vasectomy, you should wait until you do not feel any pain or swelling around the surgery site before having sex. This may mean waiting a week or more after your procedure. Having sex immediately after the surgery could reopen the incisions and allow bacteria to enter the wound. This could potentially lead to infection. Condoms generally are not an effective means of protecting the incisions. The surgery site is typically too far above the condom opening to receive any coverage.

It is important to wear tight-fitting underwear or athletic support day and night for the first few days to help support your scrotum and ease any discomfort or swelling. Make sure you change your underwear every day.

After a vasectomy, you can usually return to work 1 or 2 days but should avoid sport and heavy lifting for at least a week after the procedure to prevent complications.

You will need to use another method of contraception for at least the first 8 to 12 weeks, as it can take this long to clear the remaining sperm in your tubes.

Advantages and disadvantages of the vasectomy 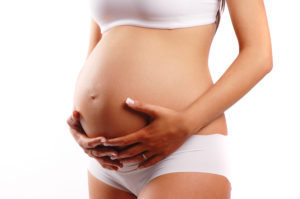 Is it safe? What are the risks associated with a vasectomy?

Vasectomies are safe, and very few people have complications. But like all medical procedures, there are some possible risks. The most common risks with a vasectomy are minor and treatable.

The side effects that can occur immediately after the intervention include:

Delayed complications of a vasectomy can include:

Many men worry that a vasectomy could cause serious problems — but these fears are unfounded. The most common concerns include:

Does vasectomy protect you for sexually transmitted diseases?

A vasectomy cannot protect you from a sexually transmitted disease (STD), including HIV/AIDS and venereal diseases. Vasectomy protects you from fathering a child, only.

Condoms are still the best defence against these diseases. After a vasectomy, you are protected against pregnancy, but any sexual encounter that carries the risk of contracting or transmitting infection makes it important for vasectomised men to use protection.

What are the contraindications of vasectomy?

Contraindications to no-scalpel vasectomy include:

Is contraception mandatory after vasectomy?

Vasectomy represents one of the most effective forms of birth control. However, a vasectomy is not effective right away. Men still need to use other birth control until the remaining sperm are cleared out of the semen. This takes 15 to 20 ejaculations or about 3 months. Even then, one of every five men will still have sperm in his semen and will need to wait longer for the sperm to clear. 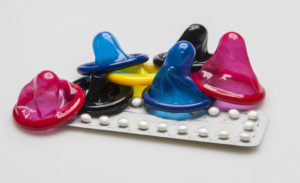 Can a vasectomy be reversed?

Vasectomy reversal is performed in an outpatient surgery centre or the outpatient area of a hospital. During the procedure, the surgeon can use general anaesthesia. To reverse a vasectomy, the surgeon makes a small cut in the side of the scrotum and finds the closed ends of the vas deferens. Then a fluid sample is taken from the end closest to the testicle to test for the presence of sperm. If sperm is found in the fluid, the two closed ends of the vas deferens can be reattached.

After the intervention, sperm starts to appear in the semen in about 3 months. It takes 1 year to achieve a pregnancy after a vasectomy reversal. However, a successful reversal does not guarantee pregnancy. The chance of restored fertility and pregnancy is highest when the reversal is performed not long after the vasectomy.