Androgens refer to ‘male hormones’ that promote the development and maintenance of the male sex characteristics and is produced in both males and females. The amount produced in females is considerably lower than that produced in males.

Testosterone is a cholesterol-based steroid hormone and is essential for maintaining spermatogenesis (the production or development of mature spermatozoa) and male fertility.

It has also been reported that testosterone and dihydrotestosterone are responsible for male pelvic thrusting.

In the normal developing male, testosterone peaks during early adulthood. Once you reach age 30, testosterone levels slowly decline by approximately 1% a year. This is a normal part of ageing.

Testosterone has been identified as being responsible for building muscle and bone mass, sperm production, and sex drive. It is said to influence male pattern fat distribution, bone density, and red blood cell production.

The pulsatile secretion of gonadotropin-releasing hormone (GnRH) from the hypothalamus causes both luteinizing hormone (LH) and follicle-stimulating hormone (FSH) to be released from the anterior pituitary.

Testosterone is primarily secreted by the testes and, to a lesser extent, by the adrenal glands. The hypothalamic-pituitary-testicular axis is controlled by a negative feedback loop. As the testosterone level rises in the blood, GnRH and LH/FSH secretion decline.

Testosterone acts as a paracrine factor that diffuses into the seminiferous tubules.

Androgen effects are mediated by the androgen receptor (AR, also denoted NR3C4) that is a 110 kD protein localized to the nucleus and cytoplasm. There are no functional receptors for androgen in germ cells. However, the testosterone that diffuses into Sertoli cells binds to the AR present in the cytoplasm and nucleus to initiate the functional responses needed to support spermatogenesis.

In the testis, testosterone also interacts with the AR expressed in Leydig, PTM cells, arteriole smooth muscle and vascular endothelial cells. Due to the localised production of testosterone from Leydig cells, testosterone levels in the testes of men are 25- to 125-fold higher than that present in the serum (blood).

Any condition that increases SHBG will decrease the amount of available testosterone. Thus, ageing, elevated thyroid hormones, and conditions that elevate oestrogen increase the ratio of SHBG-bound testosterone to the biologically available forms, regardless of an unchanged total testosterone level.

The majority of secreted testosterone is inactivated by liver metabolism, and a small proportion in circulation is converted into other hormones like dihydrotestosterone (DHT), by 5-alpha reductase, and oestradiol, by aromatase, which is present in many cardiovascular cell types and in fatty tissue. DHT has 3 to 10 times more potent affinity for androgen receptors compared with testosterone.

Testosterone has anabolic effects that cause overt physical changes in the male. Body musculature and fat distribution are affected, leading to virilization. Bone growth and epiphyseal closure are promoted. There are a laryngeal enlargement and subsequent vocal cord thickening, as well as testicular growth and the initiation of spermatogenesis.

There are several factors that can affect testosterone level and its variability, including ageing, the presence of acute or chronic illness, geography, ethnicity, genetics, lifestyle factors, diurnal, and intraindividual variations.

In a study evaluating 1588 men over a 5-year period, age was not reported as an independent risk factor in decreasing testosterone level; however, smoking, obesity, chronic illness, marital status, depression, and lifestyle factors were independently related.

On the contrary, the European Male Aging Study reported age-related symptomatic hypogonadism at a rate of 0.1% in men aged 40 to 49 years and increasing gradually to present in 5.1% of men 70 to 79 years of age.

Several lifestyle factors have been shown to be independently related to variations in testosterone level.

Obesity was reported to be inversely correlated with gonadotropins and testosterone. A meta-analysis demonstrated that weight loss with diet alone increased testosterone 83 ng/dL, and bariatric surgery, which achieved greater weight loss, led to an increase of 252 ng/dL. Exercise, smoking, and alcohol consumption are other lifestyle factors that may have an impact on testosterone levels too. 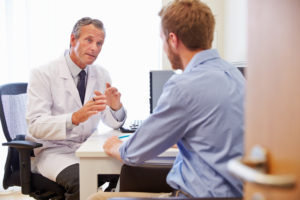 Mechanism of action of testosterone

During the embryonic development, testosterone and dihydrotestosterone (DHT) maintain the Wolffian duct system and promote growth and development of male sex accessory glands and external genitalia. After the birth of a male offspring, testosterone is essential for the maintenance of penile architecture and erectile function.

Testosterone can carry out its functions by binding to the androgen receptor (AR). AR has been detected in the cavernosal tissue of all mammalian species where its expression has been investigated.

Binding of either testosterone or DHT to the AR in the cytoplasm results in a conformational change in which heat shock proteins dissociate and the AR translocates to the cell nucleus.

The primary function of AR in the nucleus is as a transcription factor. It binds to a specific sequence of DNA known as an androgen response element (ARE), resulting in up or down-regulation of specific gene transcription. Changes in gene expression could possibly account for the changes in penile architecture.

Also, a few of the genes known to be regulated by testosterone could directly modulate the activity of pathways involved in erectile function, such as neuronal NOS (nNOS), α1-adrenergic receptor, hemoxygenase and phosphodiesterase 5 activity.

It has been suggested that testosterone acts to stimulate or maintain the activity of the enzyme NOS. Thus, many investigators consider this to be the primary biochemical mechanism by which testosterone modulates erectile physiology.

Experiments that used the NOS inhibitor (L-NAME) suggest that androgens may also maintain the erectile response by alternate pathways independent of NO but involving the synthesis of cyclic GMP.

Penile erectile tissue, specifically the cavernous smooth musculature and the smooth muscles of the arteriolar and arterial walls, plays a key role in the erectile process. When the penis is flaccid, these smooth muscles are tonically contracted, allowing only a small amount of arterial flow for nutritional purposes.

The release of norepinephrine from adrenergic nerves plays a major role in keeping the penis flaccid and for detumescence of the erect penis. Research has suggested that testosterone can modulate the adrenergic responsiveness of corporal cavernosal smooth muscle.

Androgens have a “non-genomic” direct mode of action where binding to androgen receptors (AR) can activate signal transduction proteins in the cytoplasm independent of changes in gene transcription.

The key mechanism underlying testosterone-induced vasorelaxation appears to be the modulation of smooth muscle ion channel function, particularly the inactivation of L-type voltage-operated Ca2+ channels and/or the activation of voltage-operated and Ca2+-activated K+ channels. Although these effects have not been studied in cavernosal smooth muscle cells directly, the regulation of ion channels and intracellular Ca2+ is a key determinant of erectile function and might be a component of testosterone regulation of erectile function that remains to be explored. In isolated corpora cavernosal strips there is evidence that testosterone activates adenosine triphosphate-sensitive K(+) channels resulting in relaxation.

The role of testosterone in premature ejaculation

The effects of testosterone on this physiological process may be exerted through the regulation of the PDE5/cGMP pathway. This is because PDE5 has been found to be reduced in the vas deferens of hypogonadal animals and there is at least some evidence that PDE5 inhibitors are useful in the management of premature ejaculation.

However, there are other potential peripheral and central ways in which testosterone may impact the ejaculatory response time, such as changes in sexual desire, effects on the central nervous system (CNS), and mechanical effects, such as effecting seminal volume.

Male fertility depends on the successful continuance of spermatogenesis – the multi-step process of male germ cell expansion and development that occurs within the seminiferous tubules of the testes.

The seminiferous tubules are composed of three major cell types: peritubular myoid (PTM) cells, Sertoli cells and germ cells. PTM cells surround the external wall of the tubule and contract to force sperm down the tubule. Sertoli cells on the other hand relay external signals and provide factors required for the proliferation and differentiation of germ cells.

Testosterone is required for at least four critical processes during spermatogenesis: maintenance of the blood-testis barrier (BTB), meiosis, Sertoli-spermatid adhesion and sperm release 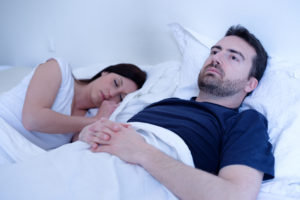 Many clinical studies have shown that decreased testosterone levels are associated with loss of libido and ED in humans. However, these changes have been thought to be centrally mediated rather than having a direct effect on human corpus cavernosum smooth muscle (CCSM).

Any dysfunction of the hypothalamic-pituitary axis can lead to hypogonadism. Hypogonadism is the reduction or absence of hormone secretion or other physiological activity of the gonads (testes or ovaries).

Hypogonadotropic hypogonadism can be congenital (present from birth) or caused by a tumour or injury. It may also result from a tumour, injury or surgery to the testes or mumps orchitis.

Hyperprolactinemia, whether from a pituitary adenoma or drugs, results in both reproductive and sexual dysfunction. Symptoms may include loss of libido, erectile dysfunction (ED), galactorrhoea, gynecomastia, and infertility.

Hyperprolactinemia is associated with low circulating levels of testosterone, which appear to be secondary to inhibition of gonadotropin-releasing hormone secretion by the elevated prolactin levels. ED may also be associated with both the hyperthyroid and the hypothyroid state.

Hyperthyroidism is usually linked with diminished libido, which may be caused by the increased circulating oestrogen levels, and less often with ED.

Other symptoms of low-T include: Changes in sleep pattern including insomnia or sleep disturbances, Infertility, Emotional changes, Decreased muscle mass and strength and Weight gain.

Testosterone concentrations in men decrease with increasing age. This simply means that the older a man gets, the lower the testosterone concentration in his body. Many symptoms and conditions like those that are caused by low testosterone levels in men with pituitary or testicular disease become more common with increasing age. Such symptoms include decreases in mobility, sexual function, and energy. These parallels suggest that the lower testosterone levels in older men may contribute to these conditions.

All links were accessed on the 5th of December 2018

⦁ Title – Translational Perspective on the Role of Testosterone in Sexual Function and Dysfunction.

⦁ Title – Serum testosterone levels in male hypogonadism: Why and when to check—A review

⦁ Title – The Regulation of Spermatogenesis by Androgens