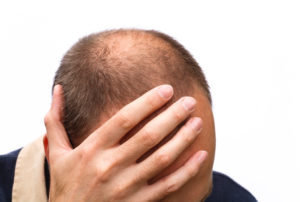 The structure of hair

Hair plays a vital role in the appearance of both men and women and is involved in transmitting sensory information and gender identification.

Hair grows everywhere on the human skin except on the palms and the soles, but many hairs are so fine they are virtually invisible.

The hair is composed of two different structures:

The hair follicle is a tunnel-like segment of the epidermis and it extends down into the dermis. Its structure contains several layers, each layer having a separate function:

The hair shaft is composed of a hard protein called keratin that is produced in hair follicles in the outer layer of skin. Being a water-insoluble protein, keratin ensures the impermeability and the protection of the hair. The hair shaft is made of three layers:

Hair loss is typically related to one or more of the following factors:

How does finasteride work?

Finasteride is a prescription drug available as oral tablets. Finasteride can be found under brand names Proscar (5 mg tablets) and Propecia (1 mg tablets).

Finasteride is a competitive and specific inhibitor of type II 5 alpha-reductase. Hair follicles contain type II 5α-reductase. In men with male pattern hair loss, the balding scalp contains miniaturised hair follicles and increased amounts of DHT. Administration of finasteride decreases scalp and serum DHT concentrations in these men. Men with a genetic deficiency of type II 5 alpha-reductase do not suffer from male pattern hair loss. Finasteride inhibits a process responsible for miniaturisation of the scalp hair follicles, which can lead to a reversal of the balding process.

Finasteride binds the proteins in the proportion of approximately 93%. Its volume of distribution is approximately 76 litres. Finasteride has been recovered in the cerebrospinal fluid (CSF), but the drug does not appear to concentrate preferentially to the CSF. A small amount of finasteride has also been detected in the seminal fluid of subjects receiving the drug.

Finasteride is metabolized via cytochrome P450 3A4 system to two metabolites. The metabolites were found to possess only a small fraction of the 5-alpha-reductase inhibitory activity of finasteride.

Following an oral dose of finasteride in man, 39% of the dose was excreted in the urine in the form of metabolites and 57% of the total dose was excreted in the faeces. Plasma clearance is approximately 165 ml/min. The elimination rate of finasteride decreases somewhat with age. Mean terminal half-life is approximately 5-6 hours in men 18-60 years of age and 8 hours in men more than 70 years of age. These findings are of no clinical significance and hence, a reduction in dosage in the elderly is not warranted. 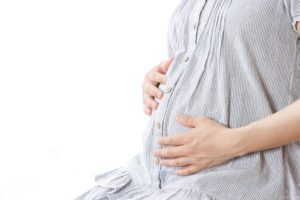 Is finasteride safe? What are the side effects?

Finasteride can cause side effects like any other drugs, although not everybody gets them. Some of the side effects are temporary and disappeared when treatment is stopped. The following adverse reactions have been identified during post-approval use of Finasteride:

Stop taking Finasteride and immediately contact a doctor if you have any of the following experiences:

You should promptly report to your doctor any changes in your breast tissue such as lumps, pain, enlargement or nipple discharge as these may be signs of a serious condition, such as breast cancer.

Uncommon side effects (may affect up to 1 in 100 people) are the following:

Side effects with unknown frequency include:

According to the summary of product characteristics long-term data on fertility in humans taking finasteride are lacking, and specific studies in subfertile men have not been conducted. The male patients who were planning to father a child were initially excluded from clinical trials. Although animal studies did not show relevant negative effects on fertility, spontaneous reports of infertility and/or poor seminal quality were received post-marketing. In some of these reports, patients had other risk factors that might have contributed to infertility. Normalization or improvement of seminal quality has been reported after discontinuation of finasteride. The patient information leaflet recommends that patients who are planning to father a child should consider stopping treatment with finasteride.

Does finasteride affect spermatogenesis and pregnancy? What do the studies say?

According to several studies, there are no reports of adverse pregnancy outcomes among women exposed to finasteride. Taking 1 mg of finasteride daily did not have any clinically significant effect on men’s semen. The summary of product characteristics recommends that women who are pregnant or may become pregnant should not handle finasteride tablets especially if crushed or broken because of the possibility of absorption of finasteride and the subsequent potential risk to a male foetus. For this reason, many women become alarmed. Tablets, however, are coated with a film, so the risk of absorption of finasteride through the skin is negligible and is unlikely to cause harm to a fetus.

In one clinical study performed on 35 men taking 1 mg of finasteride daily for 6 weeks, semen levels were measured. Highest level measured was 1.52ng/mL; the mean level was 0.26ng/mL. Assuming a 100% vaginal absorption through a 5-mL ejaculate per day, women would be exposed to 7.6ng/d, a negligible amount.

The manufacturer of the drug performed several animal studies to assess the effects of finasteride on spermatogenesis and pregnancy. In one of these studies, 800ng/d of finasteride was intravenously administered to rhesus monkeys. This dose represents 750 times the highest estimated exposure of pregnant women from semen of men taking 1 mg/d. To confirm the relevance of results in rhesus monkeys for human fetal development, pregnant monkeys were administered high oral doses of finasteride (2 mg/kg/d, which is equivalent to 100 times the recommended human dose of 1 mg/d, or 12 million times the highest estimated exposure from semen of men taking 1 mg/d). Results showed abnormalities in male external genitalia, but no other abnormalities and no effect on female foetuses.

In 1999, a double-blind, randomized placebo-controlled multicentre study was conducted on 181 men between 19 and 41 years old. These men received 1 mg/d of finasteride or placebo for 48 weeks (4 spermatogenic cycles) and no drugs for the following 60 weeks. Among these
181 men, 79 were included in a subset for collection and analysis of sequential semen samples. Results showed that 1 mg/d of finasteride did not have any significant effect on sperm concentration, total sperm per ejaculate, or sperm motility or morphology.

The effects of finasteride on semen and hormone parameters

The effects of finasteride in semen and hormone parameters were assessed in one prospective clinical study. The objective of the study was to determine the degree of improvement in semen parameters after finasteride discontinuation.

Men taking finasteride who presented for a fertility evaluation from 2008–2012 at a single male infertility speciality clinic were identified via a prospectively collected database. The main outcomes were semen and hormone parameters before and after discontinuation finasteride.

The study included 4400 men aged between 26 and 54 years who are taking finasteride. The mean duration of the treatment was 57.4 months and the mean dose was 1.04 mg/day. No man had a decrease in sperm count and there was no change in hormone parameters, sperm motility, or sperm morphology.

The results of the study indicated that that finasteride is associated with subfertility in some men and that the adverse effect of finasteride is reversible for most of the men who present with infertility. We suggest that in infertile men with oligospermia or azoospermia using finasteride, even at the low dose of 1 mg for androgenic alopecia, the drug should be discontinued. The discontinuation of finasteride may not bring the sperm parameters to levels where a spontaneous pregnancy is likely, but it may lead to improvement in semen parameters that will allow for a less invasive fertility therapy (intrauterine insemination versus intracytoplasmic sperm injection). In addition, caution and appropriate counselling should be exercised when these drugs are given to men of reproductive age who desire fertility. 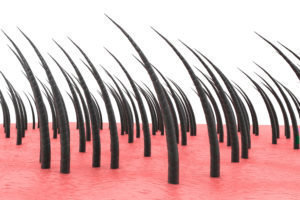 Warnings and precautions before taking finasteride

Finasteride should never be taken by women or children. If a woman is exposed to Finasteride during pregnancy, birth defects can be met. Finasteride tablets should not be handled by a woman who is pregnant or may become pregnant.

Before taking finasteride, tell your doctor or pharmacist if you are allergic to it or if you have any other allergies.

To be sure that finasteride is safe for you, tell your health care professional if you suffer for one of the following conditions: