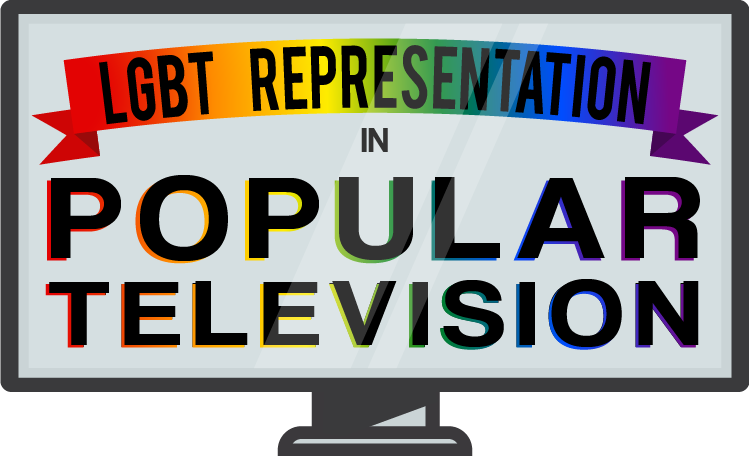 The importance of representation in media is not a new idea – It’s been a topic of conversation for quite some time now, but that doesn’t make it any less important. Representation creates relatable and powerful role models that are a source of inspiration for many – especially minorities who for years have lacked that representation.

Two years ago, Mary Swangin who now works as chief news editor at Shoot the Breeze Comics posted a series of tweets about a customer she had while working at a comic book store in Indiana. The tweets tell a story of a young girl struggling with her sexuality and was able to come to terms with who she was through the TV show Supergirl, in which a leading character comes out as gay.

So, I want to tell you all what happened in the store today. It’s probably the single greatest moment I have ever experienced working here.

It’s a touching example of how much media representation really can affect the lives of those that can relate. According to British Social Attitudes data, same-sex relationships being considered “not at all wrong” has risen from 11% of people feeling this way in 1987 to 64% in 2016. However, the results of the National LGBT Survey conducted with 108,000 LGBT people in 2018 showed that 70% of the respondents had concealed their sexual orientation for fear of a negative reaction, and 28% had experiences harassment or insults in the past year.

With this in mind, we wanted to look at how LGBT representation has changed over the past decade by looking at the top 20 most popular shows of each year according to IMDB and recording those with LGBT characters in a lead role. For the purpose of the study, we disregarded reality TV and game shows that appeared in the top 20. Here are our results:

The Total Numbers of LGBT Characters on TV 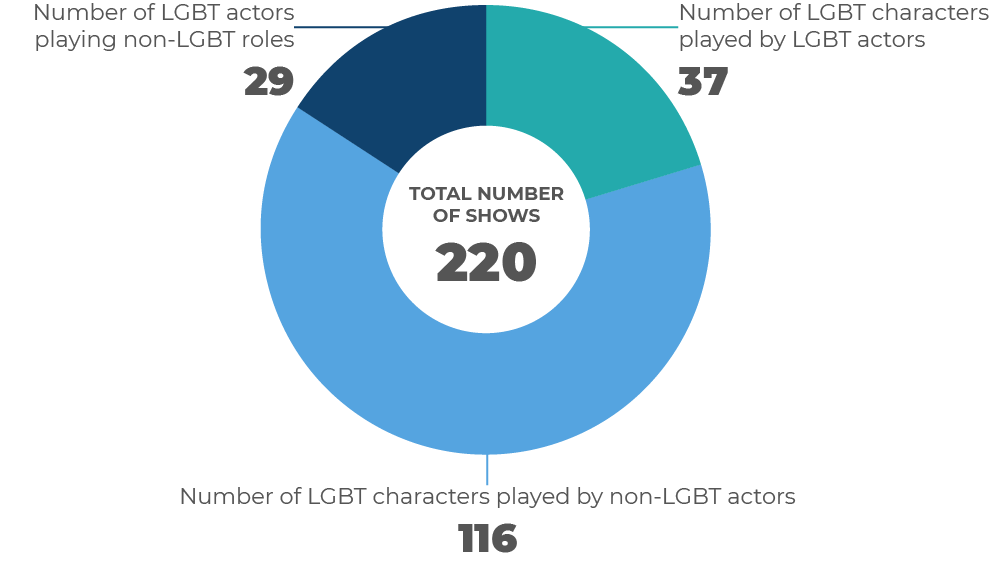 It sounds great saying that in the past 10 years across 220 of the most popular shows on TV that there have been 153 LGBT starring roles across 95 of the 220 shows- albeit 76% of them have been played by non-LGBT actors.
But we found that shows with LGBT characters often had more than one LGBT role and does not necessarily portray representation accurately, so let’s break those numbers down.

In 2008, only 20% of the most popular shows on TV featured an LGBT character in a lead role. 90210 is a notable example with Jessica Lowndes playing Adrianna, an aspiring actress in high school who is also a lesbian. Katey Sagal as Gemma in Sons of Anarchy plays a bisexual mother to the main protagonist of the show. The inclusion of LGBT characters has seen an upward trend since 2008 as you can see from the red trend line, even if it has been slowing since 2015.

This year we’ve seen the likes of Safe, Killing Eve, Black Lightning, and Insatiable reach the top 20 with an LGBT main character.

Percentage of Leads by Genre

After looking at LGBT representation as a whole across the years, we broke those numbers down further by delving into the genres that they account for.
We looked at how often each genre appeared in the top 20 to understand the presence of each genre before looking at how many of those shows featured an LGBT lead character. 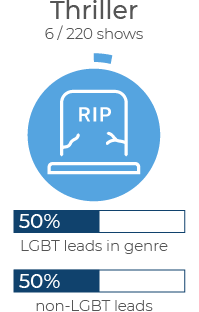 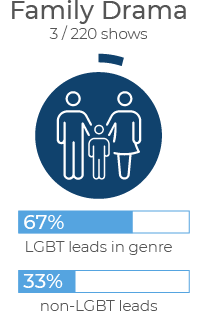 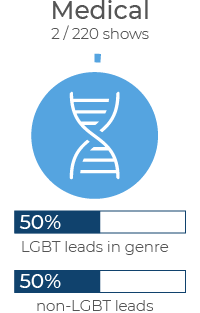 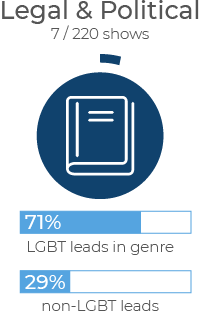 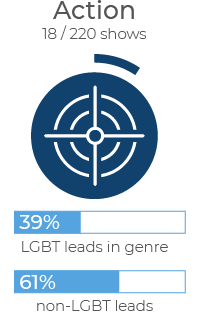 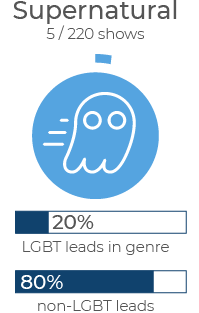 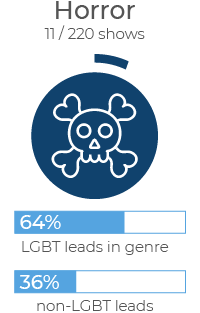 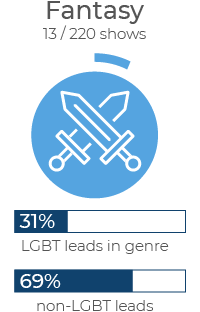 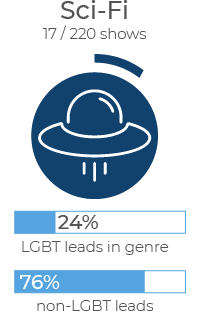 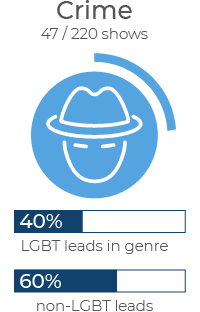 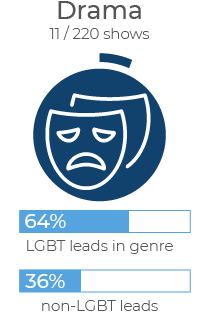 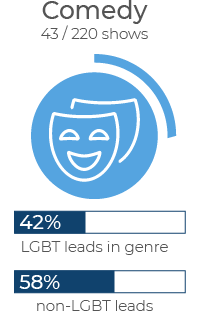 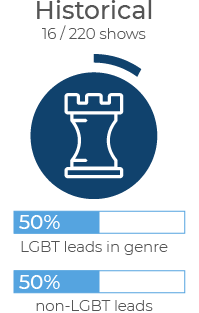 Surprisingly, even though the two genres are worlds apart, both crime dramas and comedies have very similar LGBT representation; 40% of crime dramas featured an LGBT lead compared to 42% of comedies.

One of the last crime dramas to feature an LGBT character was Mindhunter in 2017, where Anna Torv plays Wendy Carr – a closeted psychology professor. Insatiable has been a popular comedy this year featuring 3 LGBT leads.