Have you ever thought you’re not having enough sex? Or, if you’re lucky, you’ve thought you’re having too much? Maybe even compared your numbers to your friends’ and wondered if you’re normal? We definitely have! So we decided to find out for ourselves.

Last month we published an article promoting sex and why it’s good for you; some of the reasons included facts such as that sex boosts your immune system, it’s great for combating stress, and it’s good for your heart. However, the U.K is the only European country with a declining life expectancy, so are we really getting enough?

To find this out we produced a self-report survey asking members of the public just how often they’re spending time in the bedroom. With 2,168 responses from across the country, this gave us a fairly good idea of which areas of the U.K were the most randy (or dishonest).

To start things off, let’s look at just how frequently the nation is going at it. 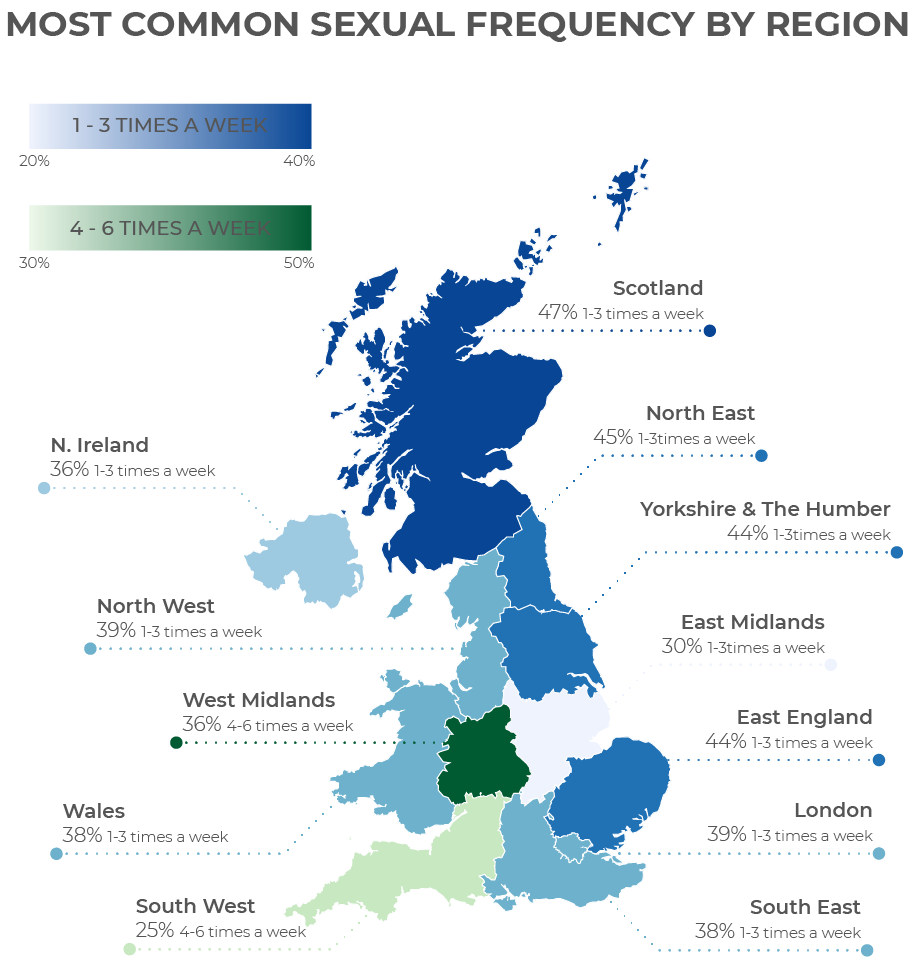 Looking at the most common frequency of sex across the U.K there’s clearly not a huge disparity between different regions with most people in nearly every region across the U.K having sex 1 to 3 times a week. Those in the West Midlands are ahead of the trend – 36% of them are having sex 4 to 6 times a week! How? What’s going on there? Is anybody actually going to work? We might have to look into relocating to Birmingham.

The East Midlands, on the other hand, is trailing behind with just 30% of the population having sex 1 to 3 times a week. Sorry Leicester, but you’ve got some catching up to do. 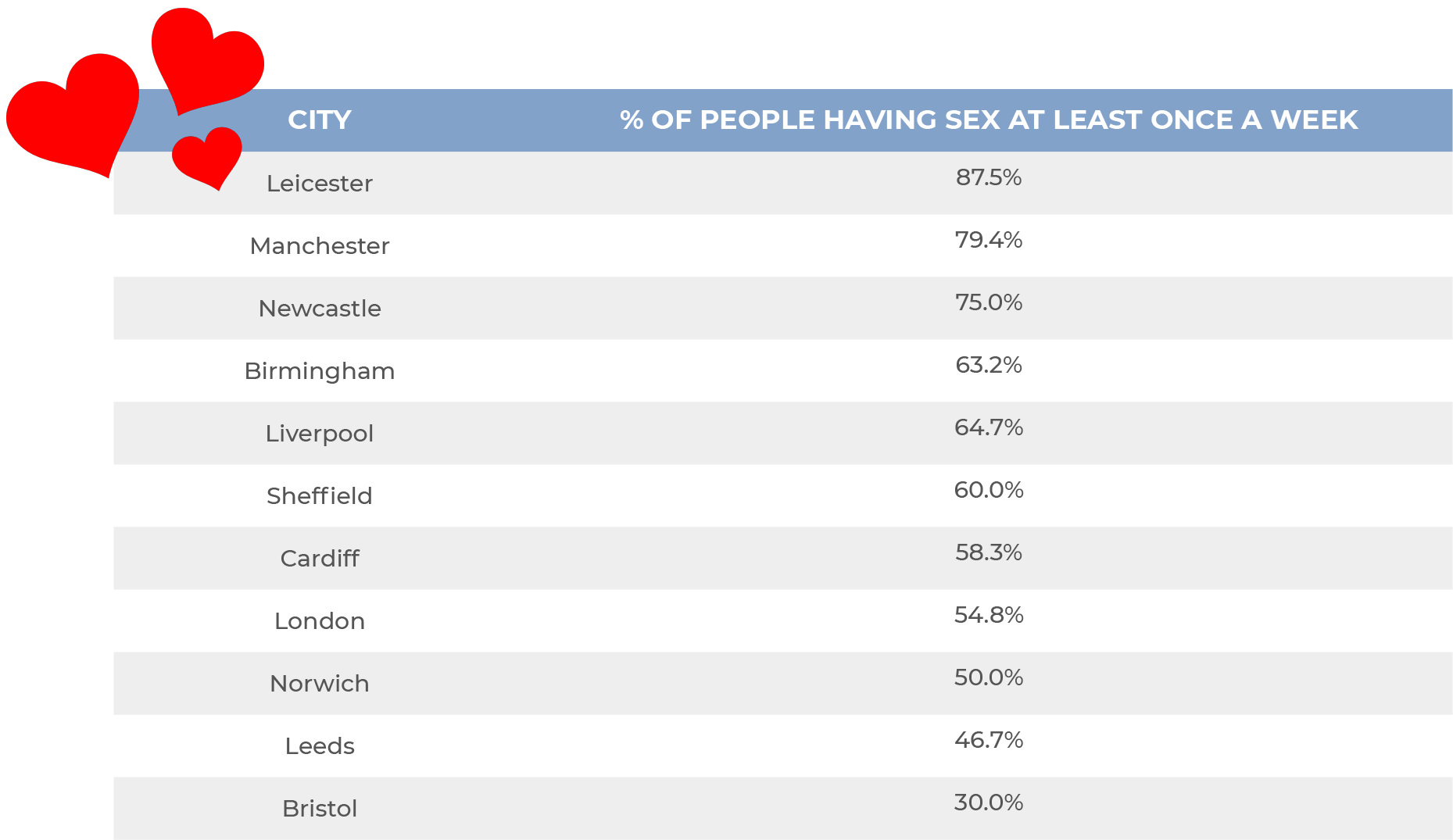 We also looked into the correlation between sexual frequency and things such as obesity levels, life expectancy, and income but the fact is, there isn’t one.
So who knows what determines how often you’re having sex?

All in all, well done Leicester, and Bristol needs to put some effort in!