With the six nations championship just a week away from kicking off with France v. Wales in Paris we decided to look at how the teams stack up this year.

The 2019 championship is arguably one of the hardest to call in recent years. Ireland, Wales, and England are 2nd, 3rd, and 4th in the World Rugby Rankings respectively with France and Italy not far behind at 9th and 15th, so understandably there isn’t much between the current squads – but just how close are they?

Firstly, let’s take a look at the most experienced team.

To define the most ‘experienced’ squad we looked at the average players’ caps for each team to see who has the most experience at an international level. 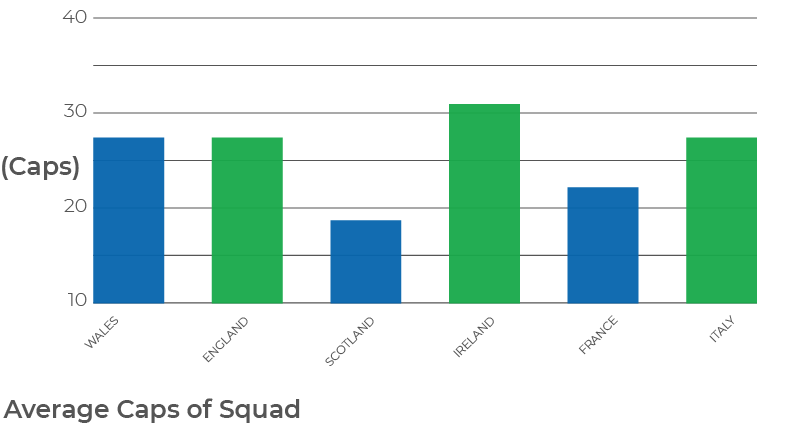 On paper Ireland has the most experienced squad with an average of 31 caps per player which makes a lot of sense – Ireland won the last six nations and have been performing consistently strong.

The most capped player in the 2019 six nations is Sergio Parisse for Italy with a total of 134 caps.

Of course, the total amount of caps a player has is not definitive, or even the only measure of experience. Experience also comes with age – So let’s have a look at the age of these teams. 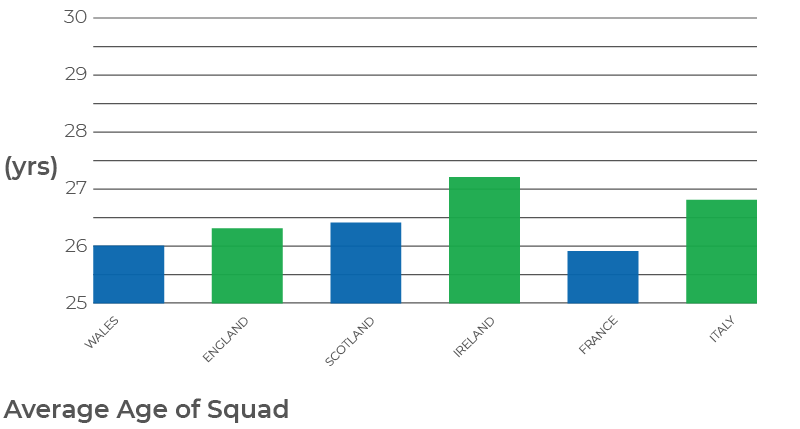 France has the youngest team with an average age of 25.9 whereas Ireland has the oldest average of 27.2 years with the other 4 nations around 26 years.

Unsurprisingly, France has the youngest player, Romain Ntamack at 19 years old, and Ireland has the oldest player in the tournament, Rory Best at 36 years old.

Rugby is known as a heavy-hitting, full-contact sport of big burly men. Weight is an obvious factor when it comes to certain aspects of the game, so who has the heaviest team? 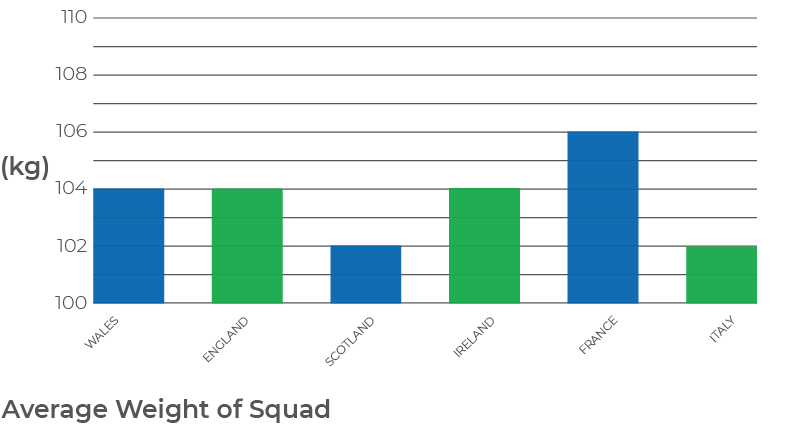 Lastly, height is also a significant factor in the sport. 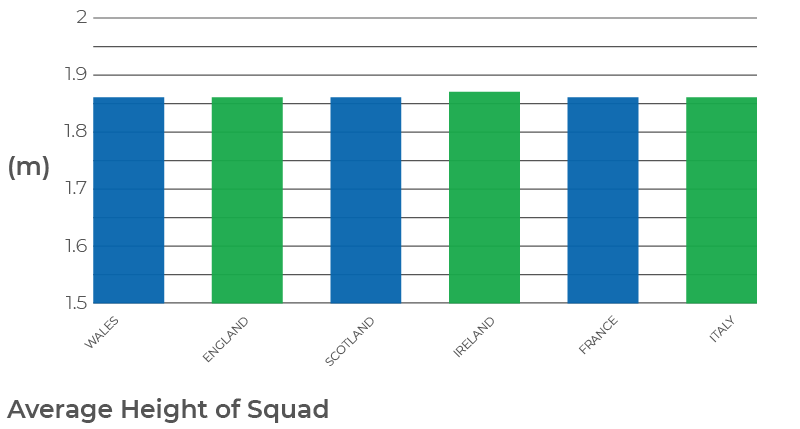 This year Ireland are the favourites to win, but that’s not to rule out any other team with the performances we’ve been seeing lately.

There’s very little between each team this year and we’re sure that’s going to show.