The efforts of charities such as Samaritans working to reduce the stigma associated with mental health is likely to have contributed to the decline in suicides, but suicide is still the biggest killer of men under the age of 50.

In light of World Suicide Prevention Day, we’ve compiled data released by the Office for National Statistics (ONS) to help highlight the reality of male suicide.

If you are struggling to cope, you can call Samaritans free on 116 123 (UK and Ireland), email [email protected], or visit the Samaritans website to find details of the nearest branch. 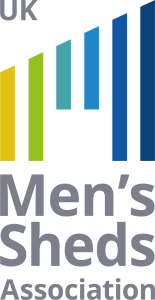 Men typically find it more difficult to build social connections than women, and unlike women of a similar age, less older men have networks of friends and rarely share personal concerns about health and personal worries. Mens Sheds is an organisation built to battle this sombre reality based on social connections and friendship building, sharing skills and knowledge.

For a long time research has shown the negative impact of loneliness and isolation on a person’s health and wellbeing. Recently we have seen more evidence come to light that shows loneliness and isolation can be as hazardous to our health as obesity and excessive smoking. – That’s why at Mens Pharmacy we are attempting to bring attention to this matter, and help support change; so in aid of World Suicide Prevention Day, Mens Pharmacy is  15% of our days’ orders to Mens Sheds who have so far helped open 466 Sheds in the UK, with another 132 in development, with an estimated over 11,000 men benefitting from the friendships and fun.

Today there are 466 open Sheds in the UK, with another 132 in development, with an estimated over 11,000 men benefitting from friendships and fun in Men’s Sheds. Visit www.findashed.org.uk to find the Shed nearest to you today! If you’d like more information about Men’s Sheds, you can either call 0300 772 9626, email [email protected], or visit www.menssheds.org.uk.