The definition of drug abuse, “intentional self-administration of a drug for a non-prescribed purpose such as recreational uses.” It is not necessary that all the medications are being abused for the same purpose, the situation may vary from person to person. Therefore, the question arises with respect to specific medicines. Here we are discussing the various circumstances under which people misuse the erectile dysfunction drugs with special reference to Viagra.
Erectile dysfunction drugs belonging to the phosphodiesterase 5 inhibitors class like Viagra, Cialis, Levitra are commonly misused sexual drugs. The number of men using these drugs is increasing day by day. But a huge population of men also use these drugs for enhancing their sexual experience even though they are not in a need of these drugs or do not have any such medical indication.

Viagra is the trademark name of the Sildenafil drug by Pfizer Pharmaceutical company. It is used by the male population for getting better and more sustained erections after getting aroused for sexual intercourse. Viagra is not helpful in making a person sexually aroused rather it only helps to improve the sex activity once the person is aroused by a stimulus from a partner. Viagra is just a treatment, it is not a solution for erectile dysfunction disorder.
The active ingredient of Viagra, Sildenafil is a white powder, crystalline nature. Viagra inhibits the cyclic guanosine monophosphate enzyme that regulates the blood flow to various parts of the body. The erectile dysfunction drugs work by increasing the nitric oxide levels thus improving erections. The mechanism of action of all the drugs belonging to this class is related but not exactly the same.
Pfizer introduced Viagra in 1998, but it was not prescribed much, to begin with. Today, however, the annual sales of Viagra have increased very steeply to over $5 billion and about 20 million men are using it at present day. Many men are being diagnosed with erectile dysfunction due to increased frequency of obesity, depression and diabetes, therefore the increase in demand for Viagra is not coming slow. However, the wonder drug has a darker side. Viagra is also being abused by men and it can be very risky if the person has an undiagnosed underlying disorder. Viagra is also considered the most counterfeit drug in the world.

Viagra has various medical uses but it is mostly used to treat erectile dysfunction. Viagra comes in a dose of 25mg, 50mg and 100mg in the form of blue pills. The effect of Viagra starts 30 to 60 minutes after the intake of the tablet. The commonly prescribed dose of Viagra is 50mg no more than once a day but usually, the first prescribed dose by a physician is 25mg and then gradually increased according to the need of the person. Eating heavy meals while intaking Viagra can slow down the effectiveness of the medicine due to less absorption and effectiveness.
Viagra is used to treat pulmonary arterial hypertension and now various researchers have shown that it can also be used to cure altitude sickness and jet lag.
Various health problems can be the underlying reasons behind sexual dysfunction in men. These include diabetes, heart disease, some kind of psychological problems, obesity, decreased testosterone levels, drug addiction and poor physical health. If a man is using Viagra and he still finds himself not healthy enough to perform sexual activity. Such a person may be on the verge of having a heart attack or other life threating medical problem, that is why Viagra has to be prescribed through a medical practitioner according to the need of patients.

What is meant by Abusing Viagra?

Viagra is considered to be misused when it is taken without the prescription of the doctor. According to Geoff Cook, Pfizer pharmaceutical’s spokesperson the position of their company is not to use Viagra for recreational purposes but like any other drug, Viagra can be misused.
Research by Pfizer shows that about 96% of the pharmacies selling the drugs online do not comply with the customer’s privacy and quality of the product. More than 80 % of these pharmacies selling Viagra online are selling counterfeit pills, even reported to use blue printer ink, toxic ingredients, methamphetamine and very little quantity of the active ingredient Sildenafil. the company has also warned its customers that websites selling pills in the name of Viagra for women, fast strength tablets, or “Soft tablet” is completely fake and are not recommended to be used in any way.
The drug is most commonly abused by people who are addicted to other illegal drugs. A study performed on 231 Viagra users in 2003 showed that 60% of these did not have any erectile dysfunction symptom. Another 76% of these users were marijuana addicts leading to the conclusion that “illicit intake of marijuana leads to recreational intake of Viagra”.
Another study found that the number of people abusing Viagra in British nightclubs had been continuously increasing since the introduction of the pill in the market. Viagra is illicitly sold in nightclubs and college campuses where men combine it with other drugs like cocaine etc. the main myth behind it that these people think that Viagra will keep them high for hours and hours without knowing the fact that Viagra is least effective in men without erectile dysfunction.
Many studies have been carried out with gay men and showed that the misuse leading to unprotected sex and the transfer of sexually transmitted diseases. Studies have shown that the chances of people misusing Viagra are six times more likely to have unsafe sex. The men who use Viagra in combination with methamphetamine are six times more prone to be infected with Syphilis and two times to HIV infection. Viagra is also very commonly abused by men taking drugs for HIV or depression or are addicted to narcotics. All these drugs reduce the ability to have sex.
When Viagra is taken by athletics who take Viagra believing it to build endurance by delivering more oxygen to the body parts, it also comes under abusing Viagra. World Anti-Doping Agency has clearly stated that Viagra has no beneficial effect on athletics. However, if the drug is found to be effective in any way it will probably be banned for professional sportspeople. 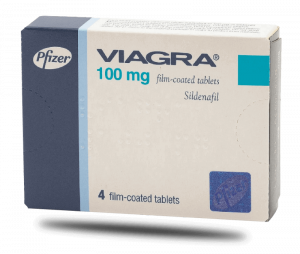 What is the ratio of men abusing Viagra?

There is no accurate data present about the number of men misusing the Viagra because the facts are based on self-reporting cases. on the other hand, men can easily get Viagra even on prescription by simply saying that they are having erectile dysfunction problems. A study has been reported in 2011 in the Archives of sexual behaviour, in a survey performed on 1,944 young men. 4 % of 1,944 men said that they had used Erectile Dysfunctions drugs for recreational purposes.
While the use of Viagra depends on various factors

It was noted by the authors of the study that among all these men 86% were heterosexual.

What is the reason for abusing Viagra?

According to associate professor of surgery at Texas University, Rowena DeSouza , most of the men misuse Viagra just to have longer erections. Against the natural strength of a person, to improve the erection duration just for fun purposes is a recreational use of Viagra and it is not appropriate in any case.
Misusing Viagra can be dangerous:
A big population of men taking Viagra used to order the drug from online pharmacies. These individuals can face the difficulty of receiving contaminated, ineffective, expired or counterfeit medicines. A research by Pharma Dynamics, a South African company, millions of erectile dysfunction drugs sold online is counterfeit. Overall, 15% of all medications sold globally, particularly online are fake.
Any male using erectile dysfunction drugs inappropriately faces an increased risk of experiencing side effects, including headaches, GIT discomfort, vision problems, flushing, nasal congestion. The problems can be quite serious when the person is taking other medications particularly nitrates for hypertension, blood pressure, coronary heart diseases and congestive heart failure.
The persons who misuse erectile dysfunction drugs may develop a dependence on these drugs. If the intentions are just to achieve larger and longer erections then eventually they develop erectile dysfunction and then these medications no longer will be a treatment option for the problem.
Too much recreational Viagra intake is also associated with five times increase in the chance of having an unsafe sex and a two-fold increase in the chances of getting a sexually transmitted disease.
Phosphodiesterase 5 inhibitors and other erectile dysfunction drugs are very important for persons who are really in a dire need of these medicines. However, misuse of these drugs can lead to serious consequences in the form of health problems. A better way to get good erections and good testosterone levels is to have natural supplements and other non-drug alternatives.

Viagra does not cause addiction in a severe way and it will not cause the withdrawal symptoms to be very critical for the user. There is no need to enter residential treatment centres and psychotherapy sessions after quitting misuse of Viagra. However, people may take help of these centres and others to get rid of the bad lifestyle habits like drug abuse, alcohol and unsafe sex relations which are the prime reasons of Viagra abuse making the person’s lifestyle a complete destruction.
Some researchers believe that the internet is also responsible for increasing the misuse of Viagra and promoting the lifestyle that includes bad sexual orientation and other drug abuses. A lot of websites are promoting Viagra illegally and making the drug available even without prescription. The Internet also provides options for youngsters to indulge in non-committed and recreational sex. Such lifestyle habits lead the person to use not only Viagra but also drugs like methamphetamine and ecstasy to satisfy their physical sensations.
If any person is suffering from the habit of drug addiction, legal or illegal, it is the high time to seek professional help.