Low libido is a state of the decreased sexual drive. Libido levels vary throughout life and it is a common thing to lose interest in sex from time to time. However, experiencing low libido for a long-time lapse and its periodic recurrence are things to be concerned about as they can be a reflection of an underlying medical condition that needs to be addressed. When it comes to who is affected by this, women or men? The answer is both, but it is of more sensitivity to men. That is because, with men, the idea of sexual interest is linked to the concept of manhood: “Real men are always in the mood.” But, that is not true, there are a variety of reasons that can cause men to have a low sex drive and there are many ways to treat that as well. 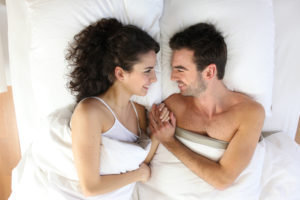 Well, it is different from one person to another, thus there are no predetermined criteria for normality here.

One couple might choose to have sex every day, whereas, with another, it is enough to have it once a month. This is no problem when both are happy with a shared choice. Yet, low libido can cause great distress and affect relationships if the other partner has a ‘’normal’’ or high sex drive.

If you don’t feel like you are having enough frequent sexual activity in your relationship, then, check the causes listed below. Knowing the root to a problem can help you to solve it.

Hormonal problems such as the ones associated with menopause, underactive thyroid and hyperprolactinaemia (high prolactin levels)- can lead to decreased libido.

For men, a low level of the testosterone hormone is one of the major causes for low libido. Testosterone is not only responsible for building muscles and bone mass and stimulating sperm production- but also plays a key role in the desire for sex.

Normal levels of testosterone differ, but males with testosterone of fewer than 340 nanograms per deciliter (ng/dL) are considered to have low testosterone. Decreased testosterone levels decrease sexual drive.

As years go by testosterone will naturally decrease; this is a normal part of ageing. Nevertheless, dramatic reduction of this hormone can cause low libido.

When you are unwell due to a chronic medical condition, sex ranking in your priority list will likely be lower.

It has been reported that specific diseases such as cancer can have an effect on your sexual desire.

Other chronic illnesses that have the same impact are:

Certain medications can aid in managing a specific disease but at the same time can lower the testosterone level which in turn can reduce men’s sexual drive. Examples include the following:

Other medications that are classified to affect libido include some of the ones used to treat conditions like:

Sleep disorders have also their implication on sexual drive. A study reported that nonobese men with obstructive sleep apnea (OSA) would have lower testosterone levels which subsequently results in decreased sexual activity and libido.

Another recent study in young, healthy men, found that testosterone levels can decrease by (10-15) % after a week of sleep restriction to five hours per night. The effect of the limited sleep hours was most obvious on testosterone levels between 2:00 pm and 10:00 pm the next day.

It is normal for women to lose interest in sex during the periods of pregnancy, giving birth and breastfeeding. This can be attributed to:

Stress is hard to avoid. Relationship issues, the death of a loved one, financial problems, or a busy work environment are just a few examples of life events that can tremendously affect the interest in sex.

That is supported by scientific evidence in reported literature where it has been stated that stress has a direct effect on the sexual drive in both men and women. This is because stress can disrupt the hormone levels. Also, feeling stressed can cause you to feel anxious for much of the time which is not only mentally draining, but physically challenging as well. So, with all of that happening in your world, making time for sex will not be a priority. 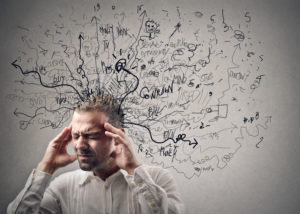 People with depression feel down or unhappy and are sometimes in a continuous state of being miserable and hopeless. They lose interest in activities they used to find pleasurable, including sex.

Depression is mentally demanding, and it has the physical effect of being tired all the time and feeling inadequate. It was reported that depression has a direct effect on sexual problems in both men and women and low libido is one of them.

Self-esteem can be seen as the image a person has for their own self. Low confidence and self-esteem have a real influence on emotional and mental health.

If you feel unattractive and you don’t like what you see in the mirror, that can drive you to avoid sex altogether. Similarly, low self-esteem can lead to sexual performance anxiety which would be reflected in issues like reduced sexual drive.

In the long run, self-esteem can result in major mental issues like depression, anxiety, alcohol or drug abuse – all of which have been linked to low libido too.

Moderate drinking is advisable. In fact, health care professionals suggest that an adult male is better to have two or less alcoholic beverages. Any amount more than that can cause long-term health deterioration.

Besides alcohol, the use of tobacco, marijuana, and illicit drugs such as opiates has also been associated with a reduction in testosterone production. This, in turn, can cause low libido.

11. Too little (or too much) exercise

Moderate exercise is known to decrease cortisol levels at night, reduce stress and hence aid in firing the sex drive. However, too little or no exercise might result in numerous health conditions which can affect the sexual drive.

On the contrary, higher levels of continuous rigorous training on a regular basis was linked to declined libido scores in men.

As we age, the sex drive gets lower for a variety of reasons. Some are the health problems associated with ageing, the side effects of medicines used for chronic health conditions and a decrease in the levels of sex hormones including oestrogen (during menopause) and testosterone (in both men and women).

A decreased sex desire can be very disturbing for both men and women. It can lead to numerous physical and emotional side effects.

Men may develop erectile dysfunction which may cause them to feel anxious about sex. This could result in tensions, conflicts, fewer sexual encounters and more relationship issues. This can potentially lead to depression and self-esteem issues.

Women would also be affected more or less in the same way. Distress and poor body image with other emotional effects would lay a shade on the entire life of a woman getting into extremely lower sexual interest.

I Heard That Viagra Helps With Low Libido, Is It True?

Viagra and others can be very effective for men to attain and sustain an erection. Nevertheless, they do nothing for low libido and they don’t increase the sexual drive.

So, What Can Help With Low Libido?

Depending on what the cause is, various options of treatments for low libido are available: 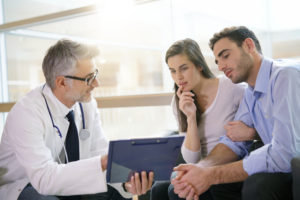 There is a lot to digest in the article but here is the cheat sheet. Low libido can arise from a number of things, some physical and some psychological and in certain occasions, it’s both. Low testosterone or estrogen, some medications, alcohol and drug use all represent physical factors that might contribute to the decline in your sexual drive. Depression, stress or any state that can provoke anxiety are also encountered possible causes for low libido. Depending on the root of the problem, the solution is considered. So, don’t hold it back, express it out and seek for help to get yourself back.