Diabetes mellitus is one of the most common chronic diseases in nearly all countries. It is increasing rapidly in every part of the world, to the extent that it has now assumed epidemic proportions. In 2012, more than 371 million people had diabetes, and this is expected to rise to 552 million by 2030, rendering previous estimates very conservative.

Diabetes is an established risk factor for sexual dysfunction in men, as a threefold increased risk of erectile dysfunction was documented in diabetic men, as compared to non-diabetic men. Diabetic people may present several clinical conditions, including hypertension, overweight and obesity, metabolic syndrome, cigarette smoking, and atherogenic dyslipidaemia, which are themselves risk factors for sexual dysfunction. The adoption of healthy lifestyles may reduce insulin-resistance, endothelial dysfunction, and oxidative stress, all of which are desirable achievements in diabetic patients. Improved well-being may further contribute to reduce and prevent erectile dysfunction. 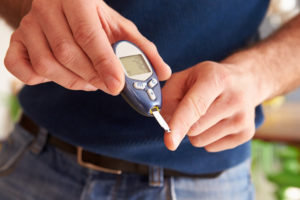 How important is your sex life?

Sex is an important part of a relationship for adults of all ages. An unsatisfying sexual life can lead to feelings of guilt and rejection, causing problems in a relationship. Levels of sexual desire vary between different people and can change over time.

Sexual problems can be very difficult to talk about, especially if the cause has not been identified. Therefore, it’s important to know how to recognize the causes and symptoms of sexual dysfunction, so that it can be identified, discussed and treated or managed.

How diabetes affects your sex life?

Erectile dysfunction is a common issue in diabetic men. Not being able to get or keep an erection, is the main sexual complaint men with diabetes. Of course, all men have trouble with erections sometimes, especially as they age. But if you have diabetes, you’re twice as likely to have ED at a younger age.

You have ED if you have trouble with erections one out of every four times. Nerve and artery damage from poor diabetes control is a likely cause because it disrupts blood flow to your penis. You’re also more likely to have heart disease because of this damage, which slows blood flow to your heart.

ED can bring your mood down. It can lower your self-esteem, make you depressed and anxious in bed, and cause stress between you and your partner.

Sexual dysfunction is more common in people with diabetes because poorly controlled diabetes can damage the blood vessels and nervous system causing reduced blood flow and loss of sensation in sexual organs.

Sex involves more than just genitals. Pain in any part of the body can make it hard to relax and enjoy sexual activity, and some diabetes complications can cause pain. Fatigue can make sex seem like more trouble than it’s worth, and diabetes can be related to fatigue in numerous ways, from interfering with a person’s sleep to causing a person to feel constantly drained from the effort of coping. Both high and low blood glucose can affect a person’s mood, energy level, and interest in sex.

Then there are the psychological effects of having diabetes. While many people with diabetes have a strong sense of self-worth, some feel that having diabetes or its complications makes them unattractive to others. These people fear that no one will want them as a partner. If people feel bad about themselves, they may lose their sexual desire or withdraw socially.

The International Society for Sexual Medicine defines ED as a man inability to achieve or maintain an erection suitable for satisfactory sex. When a man is sexually aroused, nerves and chemicals work together to relax smooth muscle tissue and widen arteries so that the penis can fill with blood. Veins constrict to keep the blood inside the penis, forming the erection. Once the man ejaculates, the blood is released back into the body.

ED can happen for many reasons, both physical and psychological. The most common causes of ED are poor blood flow to the penis, nerve damage, hormonal issues, medication side effects, Peyronie’s disease and psychological and emotional issues.

Also, adopting a healthy lifestyle can preserve your erectile function. Smoking, obesity, drug and alcohol abuse, an unhealthy diet and poor exercise habits can contribute to other health conditions associated with ED.

Prevalence of ED in diabetic men

A high percentage of men with diabetes will experience at least some degree of erectile dysfunction, also called ED or impotence, during their lifetime.

Men with diabetes tend to develop ED 10 to 15 years earlier than men without diabetes.

Causes of ED in diabetic men

The causes of ED in men with diabetes are complex and involve impairments in nerve, blood vessel and muscle function.

Diabetes damages the blood vessels and nerves that control erection. Even if you have normal amounts of male hormones and you have the desire to have sex, you still may not be able to achieve a firm erection.

Many diabetics develop neuropathy, atherosclerosis, venous leak, and low testosterone. These conditions can cause erectile difficulties for men. 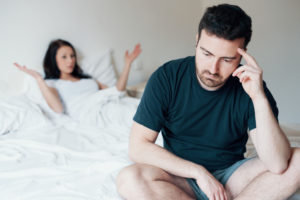 How can I prevent or control ED?

One of the most important things you can do is to control your diabetes. You should take medications as prescribed and pay close attention to diet and blood sugar readings. Exercise is also important, as it keeps blood moving around the body helping blood vessels stay open, lessening the chances of atherosclerosis.

To reduce your risk of ED, consider:

Initially, preventive measures will help reduce the risk of developing ED. Improving glycaemic control and hypertension, ceasing cigarette smoking, and reducing excessive alcohol intake have all been shown to benefit patients with ED. Avoiding or substituting medications that may contribute to ED is also helpful.

Once ED has developed, oral agents are considered first-line therapy.

The initial step in evaluating ED is a thorough sexual history and physical exam. The history can help in distinguishing between the primary and psychogenic causes. It is important to explore the onset, progression, and duration of the problem. If a man gives a history of “no sexual problems until one night,” the problem is most likely related to performance anxiety, disaffection, or an emotional problem. Aside from these causes, only radical prostatectomy or other genital tract trauma causes a sudden loss of male sexual function. Non-sustained erection with detumescence after penetration is most commonly caused by anxiety or the vascular steal syndrome. In the vascular steal syndrome, blood is diverted from the engorged corpora cavernosae to accommodate the oxygen requirements of the thrusting pelvis.

Finally, an assessment of psychiatric history will help identify emotional issues such as interpersonal conflict, performance anxiety, depression, or anxiety.

Treatment of ED in diabetic men

Because of its multifactorial aetiology, the treatment of ED in diabetic men requires a global approach. The ﬁrst step is to correct the modiﬁable risk factors and to promote lifestyle changes, whereas the use of PDE5 inhibitors represents ﬁrst-line pharmacologic therapy.

Although several studies demonstrate an association between poor glycaemic control and the risk of ED, it is still not clear whether intensive glycaemic control may have beneﬁcial effects on erectile function. Many cross-sectional studies have shown that better glycaemic control is associated with improved erectile function. In a study of the Epidemiology of Diabetes Intervention and Complication Study (EDIC), a period of intensive therapy signiﬁcantly reduced the prevalence of erectile dysfunction among men suffering from diabetes for 10 years or more and microvascular complications, compared with those with a 1 to 5-year history of the disease, but without complications. In type 2 diabetic men, limited data have been reported on risk reduction interventions for ED, and these have had conﬂicting results.

Lifestyle changes, such as increased physical activity, a Mediterranean diet, and reduced caloric intake, have been associated with the amelioration of erectile function in the general male population.

The suggested mechanisms by which weight loss, healthy diet, and physical exercise can improve erectile function include the amelioration of endothelial dysfunction, insulin resistance, and low-grade inﬂammatory state associated with diabetes and metabolic diseases, all of which are risk factors for ED. 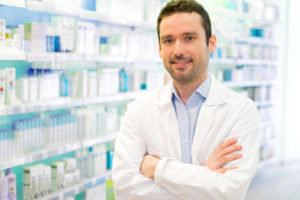 ED is an under-recognized, under-discussed, and commonly untreated complication of diabetes.

It is therefore important for both physicians and diabetic patients to be educated and aware of the causes and treatments of ED.