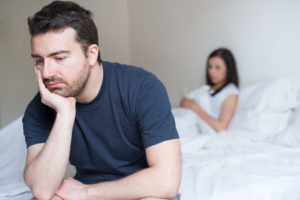 What is Erectile dysfunction?

Erectile dysfunction represents the persistent inability to attain and maintain an erection sufficient to permit satisfactory sexual performance. Erectile dysfunction has a significant impact on the physical and psychological health of men worldwide and can also affect the quality of life of both the sufferers and their partners.

Penile erection is a complex phenomenon which involves a delicate and coordinated balance between neurological, vascular and tissue compartments. This includes arterial dilation, relaxation of the trabecular smooth muscle, and activation of the corporeal veno-occlusive mechanism.

Erectile dysfunction symptoms may appear to most men as transient, but in fact, the symptomatology is persistent. It can cause a lot of frustration if not treated.

Specialists in sexual medicine advise about the fact that most cases that confront with erectile dysfunction don’t realise the importance of the disease and tend to ignore it.

The mechanism of penile erection

Penile erection is a spinal reflex that is initiated by autonomic and somatic penile afferents and by supraspinal influences from visual, olfactory, and imaginary stimuli. There are several central transmitters involved in the erectile control, some of them with a facilitatory role and others with an inhibitory role.

The central transmitters with a facilitatory role in the penile erection are:

The central transmitters that inhibit the penile erection are serotonin which may be either facilitatory or inhibitory, and enkephalins which are inhibitory.

Which are the most common causes of Erectile dysfunction?

Problems with blood flow, nerve supply or hormones can affect normal erectile function. One of the diseases that cause blood flow problems is atherosclerosis. In patients with atherosclerosis, the arteries in the penis are narrowed and clogged, preventing the necessary blood flow to the penis to produce an erection.

The most common physical or organic causes of erectile dysfunction are:

Patients who are taking medications and suffering from erectile dysfunction should consult their healthcare professional to see if any of the drugs may be a cause of the problem. These drugs include also the illicit and/or recreational drugs. Drugs and medications that cause erectile dysfunction or other sexual problems as side effects are commonly prescribed for men without them knowing the risks.

Drugs that could be involved in the occurrence of erectile dysfunction are:

Other medications for erectile dysfunction include:

Kamagra is a drug used for the treatment of erectile dysfunction. Kamagra contains the active ingredient sildenafil citrate. The drug is manufactured in India and is often sold online without prescription. Kamagra is usually bought online as a cheap alternative to Viagra, Cialis, Spedra or Levitra.

However, Kamagra is currently unlicensed in the European Union. Therefore it cannot be prescribed to you by a doctor. Because of this, the exact ingredients and side effects of Kamagra are unknown, and using it is unsafe and potentially dangerous.

Getting prescription-only medicines without a doctor’s prescription is very dangerous for your health. It is very important to take prescription medicines for any condition only after you were advised by a doctor.

Although Kamagra may be allegedly very similar to Viagra, buying it from offshore websites is a huge and unnecessary risk.

How does Kamagra work?

Kamagra is not currently licensed for sale in the European Union, and it is, therefore, illegal to buy or sell it.

Since Kamagra cannot legally be sold in the European Union you will be buying it from an illegal website. This means that it is impossible to know whether you are really buying Kamagra and not some counterfeit version. With many counterfeit drugs containing the wrong dosage, no active ingredient or even dangerous substances, you might end up spending money on a medication which doesn’t help you or which could even harm you. 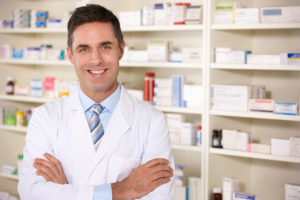 What are the differences between Kamagra and Viagra?

Kamagra is thought to contain the same active ingredient as Viagra, sildenafil citrate. In theory, it should work in much the same way as Viagra, taking about 45 minutes to take effect, and lasting for around 4-6 hours. However, this will vary from person to person.

Because Kamagra is an unlicensed and unregulated drug, websites selling it are likely to sell fake or imitation versions, and so the exact ingredients may vary. It is therefore impossible to tell whether Kamagra will work, and the drug’s effects will vary drastically depending upon which version you buy.

Viagra is manufactured by the pharmaceutical company Pfizer. It improves the blood circulation around the body, increasing the blood flow into the penis and therefore helping men affected by erectile dysfunction to achieve and maintain an erection for sexual activity.

Kamagra is produced by Ajanta Pharma Limited, an Indian pharmaceutical company. Since this medicine is not legal in Europe, Kamagra is not guaranteed to be authentic and it is not considered to be safe for distribution. Any drugs claiming to be Kamagra could be counterfeit, poorly produced, contain a reduced concentration of the active ingredient, or contain something different altogether and dangerous to your health.

Viagra and Kamagra are available at different doses of sildenafil citrate. Viagra comes in tablets of 25 mg, 50 mg, and 100 mg from which your doctor or your pharmacist can choose depending on your personal circumstances.

Kamagra can be found in 2 pharmaceutical forms, oral tablets and oral jelly tablets. The tablets are swallowed orally, and the jelly is dissolved on the tongue.

Kamagra Oral Jelly comes in about 7 different flavours (pineapple, orange, strawberry, vanilla, banana, black currant and butterscotch). Kamagra Oral Jelly does not require the consumption of water and dissolves easily in the oral cavity without any inconvenience.

Because Kamagra is unlicensed in European Union, there are no controls over the ingredients of the drug, and little awareness of its side effects. Without a prescription and a proper medical assessment, certain people will react very badly to the drug, depending on their individual medical history and lifestyle.

Like any other medicine, Kamagra may cause certain side effects, which are not common but can take place in some men taking the drug for their erection problems. Check out side effects to be aware of possible adverse reactions to be able to react in the right way.

The following side effects are associated with Kamagra:

Stop taking the drug and call your doctor immediately if you have one of the following side effects:

Why is Kamagra dangerous?

Kamagra is potentially very dangerous if taken without a prescription. Different medical conditions, different treatments and different lifestyle may have an impact on the effect of Kamagra. Therefore, a medicine should not be considered categorically suitable for someone unless they have been assessed by a doctor.

The disadvantages of Kamagra include:

You should not take Kamagra if you have the following conditions:

Kamagra is not recommended to be taken together with the following drugs: 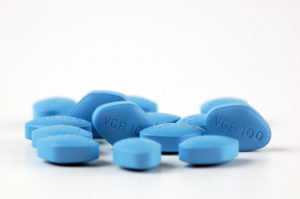 The following changes may be helpful for patients with erectile dysfunction: