If you’re not already aware of what this article is about, I suggest checking out our most attractive man and woman landing page.

The method behind the beauty 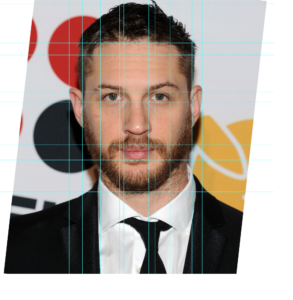 Using the results from the top 50 most attractive men and women voted for by the public, every headshot of those in the top 50 had their facial features defined as you can see to the right, (Tom Hardy was voted the most attractive man of 2018, by the way) before aligning these features across every single one of those in the top 50. This enabled us to create a median composition of the hottest men and women of 2018 which allows an average of every person’s facial features to shine through and create what should be universally accepted as sexy.

Of course, there’s always going to be naysayers, but I’m pretty sure this is about as scientifically sound as you can get to the world’s (average) sexiest man.

Using the final product as a baseline, facial recognition software is used to identify and compare an individual’s facial features to that of the mean composition created.
For a more detailed example of the process and to test yourself against the world’s sexiest man and women, check here. 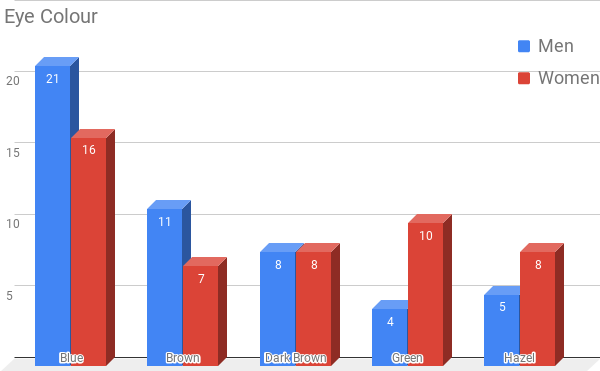 Pretty even across both genders! 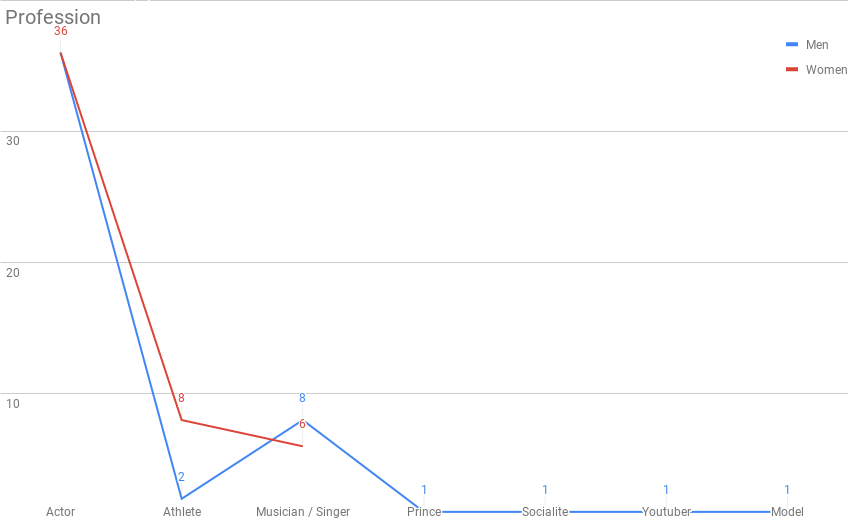 The results start to get a bit more interesting the further you look into them. Looking at the professions of those in the top 50 most attractive, it’s no surprise that the majority of them were actors.

What was a bit more surprising, however, is the fact that both 36 of the most attractive men and women were actors, but the remaining 14 people were far more diverse in the job sector across men than women. Possibly women have a more varied taste in professions when looking at those of the opposite text? 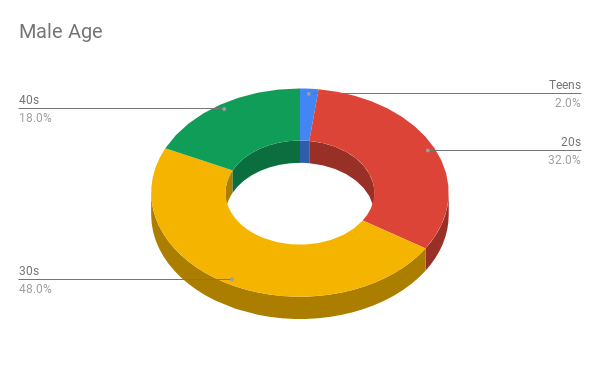 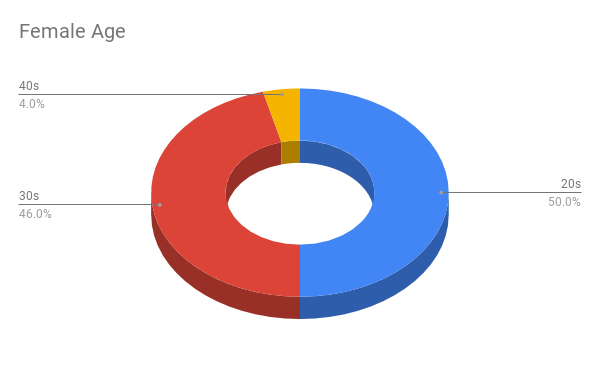 It’s obvious to see from these two charts that while men seemed to prefer women in their 20s, there’s not much of a difference in preference as they get older until a steep drop off into the 40s. Some of the female outliers in their 40s who made the list were Kate Beckinsale, and Charlize Theron. Women voted for men over a more even spread, but the sweet spot seemed to be for men in their 30s, while Brooklyn Beckham was an outlier making the list at just 19 years old. 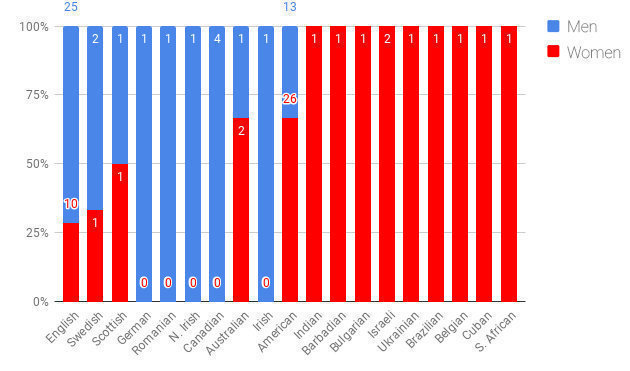 So it looks like men have a more exotic taste when it comes to women! Some of the outliers include Mila Kunis from Ukraine, and Priyanka Chopra from India.

With all the results drawn from the study, it’s pretty clear that although women don’t seem to mind as much when it comes to a man’s profession, they are far pickier when it comes to your nationality! With English men coming out on top, has it got something to do with the British gentleman stereotype? Either way, it’s not working both ways for English girls. Both men are women are pretty equal when it comes to the age of beauty with your 30s being in 40% of the top 50s.

If you’re looking for love, however, according to the data, a woman’s ideal man is a blue-eyed English actor in their 30s, and the ideal women is a blue-eyed American actress in her 20s.

If you fit the bill, great for you! If not, it’s not the end of the world.